The main theme is "Scale Matters". From the small molecular scale, through population and large ecosystem scale, biological processes and diversity span all these levels. Understanding these processes, as well past and present patterns of biodiversity, are essential for understanding possible threats to Antarctic biology and their impact. With this Symposium we want to focus on understanding biological distribution and trends, as well as adaptation and processes both in the marine and terrestrial realm, including the human biology. Special attention will be paid to multidisciplinary research and how combining insight from different fields can help our understanding of biology in this unique region. An important aspect of this symposium will focus on the societal impact of Antarctic biological sciences and how this can be communicated, not only to the general public, but also to policy makers.

Depths and Surfaces: Understanding the Antarctic Region through the Humanities and Social Sciences

Antarctica rarely makes it onto the map of the humanities and social sciences. While artists have produced responses to the continent for centuries, non-scientific researchers have been reluctant to venture intellectually into the far southern latitudes. The continent's lack of an indigenous or permanent human population, together with a popular Antarctic exceptionalism which frames the continent as immune to the political, social and economic forces that affect the rest of the globe, has made it seem off-limits to analysis outside of a scientific framework.

Increasingly, however, public attention is being drawn to Antarctica, as the surface of its ice plays host to tourists, proliferating stations, heroic re-enactments, and national manoeuvring; its icy depths reveal the environmental history of our planet; and its ocean currents ominously undermine the glaciers around its edges. While scientific efforts are crucial, understanding the Antarctic region - past, present and future - requires contributions across the disciplinary spectrum. This conference aims to bring together humanities, creative arts and social sciences researchers interested in the Antarctic, fostering a community of scholars who can act in concert with natural scientists to address the issues that face the Antarctic region.

From this year on, EU-PolarNet will host annual policy briefings in Brussels. The first briefing is co-organised with the European Polar Board. It is coming up on 22nd June 2017 and runs under the theme "Breaking records: How high temperatures in the Arctic affect European society". The lunchtime event is set out to give EU and national policy makers an overview of the state-of-the-art research on abnormal temperatures in the Arctic and their consequences for Europe. For this sea ice expert Dirk Notz from the Max Planck Institute in Hamburg, Germany, will give a keynote address on how Europe is affected by a warming Arctic. A subsequent panel discussion will build on the current scientific knowledge to reflect upon mitigation and adaptation options, which can reduce the vulnerability of both the European society and economy. The panellists are: Volker Rachold (Head of the German Arctic Office), Kirsi Latola (University of the Arctic Thematic Networks Director), Frej Sorento Dichmann (Senior Advisor Danish Agency for Science, Technology and Innovation) and Nikolaj Bock (European Environment Agency).

The EU-PolarNet newsletter informs you quarterly about news from the consortium and affiliated projects, reflects on developments in European polar research and gives a glimpse on conferences and events coming up in near future. 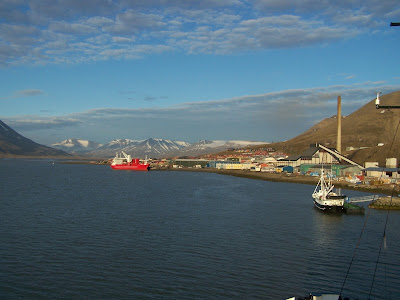